DSLR's with "full-frame" sensors, whose dimensions are the same as 35mm film (24mm x 36mm), are the best choice for serious photographers, right? Well, maybe. With the introduction of the Canon 5D and rumors of a Nikon full-frame model in the near future, it might seem just a matter of time until such DSLR's become the norm. This assumes, of course, that the prices of models with full-frame digital camera sensors descend from their current position in the stratosphere. True, the 5D is less expensive than the 1Ds Mk II and the 1D Mk II (not to mention Kodak's offerings) but it's still likely to cause sticker shock in most people's minds. However, let's assume you have the wherewithal. Should you go that route? Are there any disadvantages to full-frame digital camera sensors?

Before we get into that, let's examine digital camera sensors in general and their common sizes. Digicam (point-and-shoot) models range anywhere from about 4mm x 5/25mm up to about 6.6mm x 8.8mm. Next larger is the Four/Thirds system championed by Olympus, with sensor dimensions of 13.5mm x 18mm. That's quite a bit larger than the digicams and it's the smallest of the DSLR sensors. Next is a group usually referred to as APS-C, named after the late (and unlamented) APS film whose dimensions were somewhat similar. The sizes in this group actually vary, ranging from about 21mm to about 24mm on the long dimension. Most DSLR's fall into this category. Finally there are the full-frame digital camera sensor models.

I discussed factors to consider when buying a digital camera in an earlier article and I won't repeat what I said in that piece here. If you are not contemplating a DSLR purchase, you can probably stop reading this right now. Sensor size is certainly an issue with the digicams (hint: they all exhibit excessive digital noise at the higher ISO settings) but most people will base their choice of a point-and-shoot on other factors, like megapixels, features, compact size, etc. However, from this point on I am going to talk about DSLR's.

Ok, what about full-frame. A general rule of thumb states that the larger the sensor, the less the noise. It's a bit more complex than that but as rules of thumb go, it's serviceable. Any DSLR, full-frame or otherwise, will certainly produce less noise than the digicams. But full-frame has one big advantage. Lenses originally designed for 35mm film cameras will show no "crop factor". A 28mm lens, for example, will have the same capture angle on a full-frame DSLR as on that 35mm camera. So if you have a collection of Canon lenses, especially wide-angles, you have a compelling reason to go full-frame.

However, the lack of a "crop factor" isn't the only thing to think about. Optical aberrations like vignetting, soft focus in the corners of the image, and distortion near the edges of the frame can occur with any lens. High-quality ones show less of these imperfections and they often disappear when you stop down the aperture. With cheap lenses, usually not, and with cheap lenses, those imperfections will show up in the image in all their glory. Some folks will point out that these are somewhat fixable in Photoshop. I have often corrected barrel distortion (a common feature of short focal lengths) in CS2 but that always entails having to crop out part of the image. Anyway, I prefer to keep Photoshop fixes to a minimum.

So that leads me directly to the other DSLR's. Yes, you have that notorious crop factor but that can actually work to your advantage. Most lenses have what has come to be known as the "sweet spot", somewhat centrally located. The edges and corners of the projected image are cropped out, as are most of the aberrations and distortions. This means that a lens with rather mediocre performance when attached to a 35mm SLR might provide quite acceptable results on a DSLR equipped with an APS-size sensor.

What else? Well, if you photograph sports or any subject where you would use a telephoto lens, your effective focal length is increased. A 200mm lens in a Nikon DSLR, for example, becomes in effect a 300mm. Bear in mind that the focal length of the lens has not changed. It's still 200mm but the capture angle is the same as a 300mm lens on a 35mm camera. That's a real bonus for folks who shoot sports.

There's a downside, of course. If you primarily use wide-angle lenses on these cameras, you no longer have a wide angle-view. A 28mm lens, my favorite focal length, effectively becomes 42mm on the Nikon D200. Again, the focal length hasn't changed; the capture angle has. In order to recover that 28mm wide-angle view, I would have to invest in a lens of about 18mm. It will cost a lot more than my 28mm and the maximum aperture will be smaller.

What about noise? Well, up to 800 ISO settings, it's essentially a non-issue with DSLR's. Above that level you will see some noise no matter what the camera.

What about lenses that are designated by their manufacturer as "digital"? Both Canon and Nikon (and others) produce such lenses but they can only be used on DSLR's equipped with the APS-size sensors. If you already own such a camera, fine. If, on the other hand, you think you might move up to a full-frame model in the future, you have a serious decision to make. The best course of action might be to invest in a lens that can be used on both types. Be prepared to spend money, though, especially if you want fast apertures, like f/2.8.

Of course, for most people budget will be the critical factor. As of this writing, the Canon 5D is retailing for about $3000. A Canon 20D, on the other hand, is going for less than $1000 (quite a bit less at some retailers) and the newer 30D doesn't cost much more. The bottom line here, other than budget, is whether you have an existing collection of Canon optics. If they are of the "L" type, great. The 5D will definitely benefit from having those attached to it. In fact, most of my colleagues maintain that "L" lenses are must with this camera.

I'm afraid there are no easy answers here. Me, I'm still using my "old" Olympus C5050 for most things and I recently purchased a second one, refurbished. Not a DSLR but a nice compact with a fast lens. No one mistakes me for a working pro when I am shooting in public and being relatively inconspicuous fits in very well with my style. As for DSLR's, I'm waiting to see how the technology (and price) develop. It's your call.

It's back to school time again, and at NYIP headquarters the phones and emails are picking up with students of our photograhy classes returning from summer vacation. Many want… 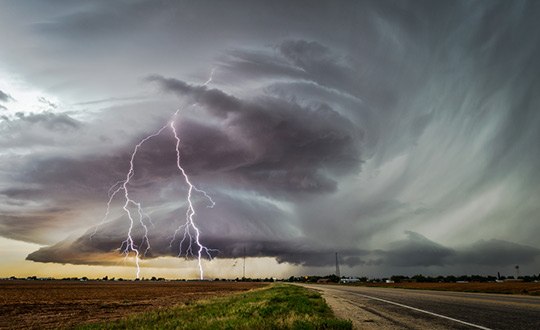 Which Image Editing Software is Right for You?

If you’re an aspiring professional photographer, it’s worth becoming familiar with the image editing platforms currently available on the market today. Whether or not you’ll actually wind up using one…