The End of Film Photography 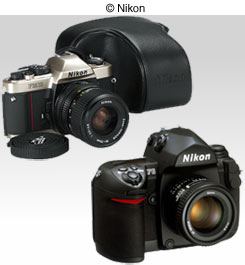 Film's death has been proclaimed ever since digital became a practical (and affordable) proposition. But recent shocking announcements in the media force us to take a closer look at this prediction. On January 11, Nikon, long a "big gun" in film cameras, informed the world via their UK web site that they will discontinue almost all 35mm SLR models and focus on their digital products. The two exceptions represent the cheapest and most expensive models — the FM10 (actually built by Cosina but Nikon branded) and the recently introduced F6. Their press release is quite frank as to where Nikon believes their future lies. Here are some excerpts:

"Following the success of our digital line-up over the last seven years, which has resulted in more than 95% of Nikon's UK business being within the digital area, Nikon Corporation has made the decision to focus management resources on digital cameras in place of film cameras. This decision will allow Nikon to continue to develop products that match the demands of an increasingly competitive market place.

As a result of the new strategy Nikon will discontinue production of all lenses for large format cameras and enlarging lenses with sales of these products ceasing as soon as they run out of stock. This also applies to most of our film camera bodies, interchangeable manual focus lenses and related accessories. Although Nikon anticipates that the products will still be in retail distribution up to Summer 2006.

In recognition of Nikon's commitment to professional photographers we will continue to manufacturer and sell the F6, our flagship film model, as well as a number of manual interchangeable lenses. Sales of the manual FM10 will also continue outside Europe."

Nikon USA posted a similar announcement with different wording but the message is essentially the same. It's the end of an era, at least for Nikon.

The push to digital is not confined to Nikon. According to Kodak "For all of 2005, digital sales represented 54% of total revenue, marking the first time in the company's history that digital revenue exceeded traditional." That info highlights their financial report dated January 30th.

What about overall sales of film cameras? Well, the Photo Marketing Association reported rather severe declines last year in their January 6th news release (up to 50% for October 2005, a critical pre-holiday month). APS cameras posted the worse losses — almost 75%. No real surprise there since the APS format had the misfortune of appearing on the scene just about the time digital became practical and economical. Who needs a film format even smaller than 35mm? On the other hand, digital sales continued their upward spiral.

InfoTrends, another market research outfit, reported last October that amongst professional photographers "the switch to digital has already transpired, with nearly 80% of pros owning a digital SLR and 52% planning to purchase a new one within a year."

Power has always been the Achilles heel of the digital camera industry. Digital cameras require a fair amount of power to operate.

A further development, though not exclusively about film, is Konica-Minolta's withdrawal from the camera and photo business altogether. Here's a pertinent quote from that announcement:

"We have been negotiating with Sony, and as a result, we have reached an agreement with Sony to transfer a portion of assets regarding digital SLR camera system to Sony. In this relation, we have decided to withdraw from camera business, such as film cameras and digital cameras, within Konica Minolta Group as of March 31, 2006."

Is there any good news for film users? Maybe. Fuji, perhaps in response to all the gloom and doom about film's demise, expressed their continued commitment to traditional materials. Here's a quote from a January 19th news release:

"Silver halide photography, which is fundamental to photography, has advantages over digital in such areas as power of expression, long term storage capability, reasonable prices, easy handling and a highly established and convenient photo development and print infrastructure. We intend to continue our silver halide photography business and to further cultivate the culture of photography, and in so doing, continue to support our customers and retailers and all those who enjoy photography."

I assume the term "silver halide" here refers to all their films, not just the Neopan black & white emulsions. After all, color film contains silver halide too. Fuji's stance is somewhat reassuring to photographers like me who have used their products for years, especially since Velvia came on the scene. However, I find some of the wording in their statement curious and perhaps a little silly. Film "has advantages over digital in such areas as power of expression" (?) The PR geek who wrote this confuses materials and tools with creativity and personal vision. As for "reasonable prices", the economics of film can't compare to digital. Ask any consumer why they bought a digital camera and they'll tell you, "no film to buy or develop", and of course the instant feedback digital provides. Finally, the reference to film's "convenient photo development and print infrastructure" is misleading. Every lab I've seen can print from digital files. Furthermore, most labs nowadays print digitally regardless of whether the initial capture was digital or film. Still, it's a hopeful sign from Fuji. I wonder if Kodak will make a similar commitment.

However, in another press release on January 31st Fuji announced it planned to cut 5000 jobs from their "imaging solutions segment" and shift some production to China. That doesn't sound so promising.

What does all this portend for the future? Obviously digital will continue to capture more and more of the photo market as new products are introduced almost every month. Personally I think we've seen the last new 35mm SLR from any major manufacturer. However, there are still plenty of models out there in the distribution channels and used cameras and lenses are easy to obtain. The big question is film itself. There is still a core of 35mm SLR users who are serious amateurs. They prefer the look of film and feel more comfortable with it. Will Fuji and Kodak keep making it?

Of course, some folks shoot both digital and film and I am one of them. It doesn't have to be an either/or question. Different tools for different situations. In my opinion film still performs better than digital in certain areas, like low-light photography. And I like having a camera that will continue to function even if the batteries die, albeit sans metering (Nikon FM3a).

I mentioned 35mm but what about larger formats? Well guess what? Plenty of wedding photographers still shoot color negative film (black & white too). Why? The wider exposure latitude makes it easier to deal with the contrast between that blazing white wedding dress on the bride and that coal black tuxedo on the groom. Then too, the proportions of the most popular medium format, 645, work better, composition-wise, than the 3/2 aspect ratio of digital SLR's (an exception is the Olympus E series cameras which have a 4/3 aspect ratio). 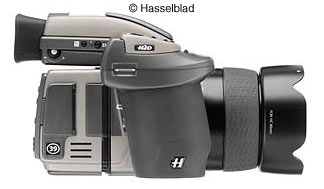 But it's in the most common large format, 4 x 5, that film really shows its superiority over digital. For landscape work it's unsurpassed, whether in color or black & white. Furthermore, you can easily scan a 4 x 5 transparency on a decent flatbed scanner and make a really great print yourself, digitally. No darkroom necessary. On the other hand, you could mortgage your house and get the new 39 megapixel Hasselblad H2D-39. It's a steal at $30,000 or so.

Well, I guess it's time to take out my crystal ball and have a go at predicting the future. Film will stick around for some time but as a kind of niche product, especially 35mm. APS will disappear altogether, as will single-use 35mm cameras, the latter replaced by cheap digital point & shoot models. There are a couple of digital single-use cameras out there but I see no advantage in these for the user. It's more of a marketing ploy on the part of certain retailers.

Film is dead? No, I don't think so. Personally I'll keep using it until I've reached the last frame on the last roll. 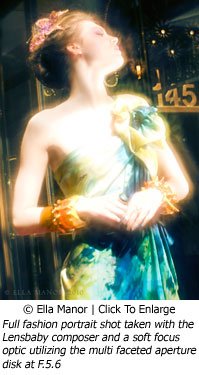 Have you ever wondered how to get a soft focus or "Bokeh" effect in-camera with a DSLR? … 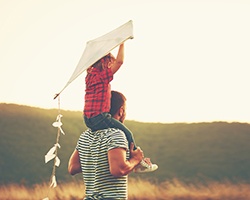 Adobe Photoshop for the Family Photographer

As photographers, we've known for a long time the power of digital photography and the amazing capabilities of today's digital imaging programs. It's hard to imagine a time when you…