Back to School Photography 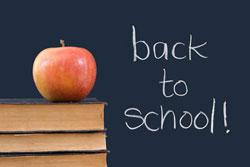 It started in August. The back-to-school bombardment is upon us. With the Father's Day, Graduation, Wedding, and Fourth of July promotions behind them, the entire retail and online world is bombarding me (and you) with promotions and sales for Back-To-School. Whether it's buying clothing, school supplies, a new laptop, or furniture for the dorm room, the message is clear: it's back-to-school time in America.

You can't really blame the retailers. Back-to-school is just another season, albeit a long one, with a school-oriented mix of "merch." It comes after the ones I just mentioned, and before Halloween, Thanksgiving, Christmas and the January White Sale. The early start is applicable for states in the southern part of the country where school resumes well before Labor Day, and runs well into September.

In our industry, professional photographers often run back-to-school promotions. Looking for opportunities that won't be covered by the in-school mass-produced photographs that are made by studios that have contracts with the school or school district, local portrait studios often promote "senior portraits," where the new 12th graders can have a custom portrait session to record them at this important transition point in life.

But this article isn't about things that can be sold by photographers or anyone else to the parents of back-to-school set. It's not about all that stuff you have to buy. Instead, it's about making Back-To-School a great time to sell your kids on some very important ideas — about photography, about how to use it, and about how to recognize the dangers that a new school year, new friends, and a newly-found degree of independence can bring in the digital age.

Now, I know, there are lots of you saying, "That won't happen with my teenager!" Trust me, I do know — I have a 15-year-old entering 10th grade. Scheduling sit-down time to talk about things just isn't in the picture. But that doesn't mean it can't come up in those odd hours (often late at night and always inconvenient for you) when a question or comment provides an opening.

I'll leave the other goals and timing up to you. What I want to urge you to do is sell your kids on the "Four Ps" of Photography. They are: 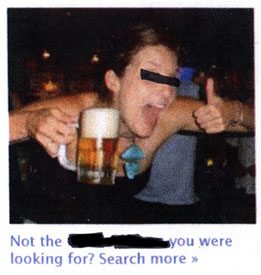 Starting in middle school, there are cameras everywhere. That's new since most of us were in school. Chances are your child has a cell phone, and chances are, that cell phone has a pretty good camera in it. If your kid doesn't have a cell phone, one of your kid's classmates does. That means anything that happens after school, over the weekend, or anytime kids get together without adult supervision, can get photographed and quickly uploaded to Facebook and other Internet locations, and just as quickly e-mailed to one or dozens of people. And once those photos are up there — in cyberspace — they're not easy to eradicate.

That's pretty scary. Imagine 30 or maybe 20 years from now when "wild child" cell phone pictures of a future Supreme Court nominee of presidential candidate surface showing a now mature and responsible adult doing crazy things when she or he was 14 or 15 years old, or even 19 or 20. How many times when you were a teenager did you do things you're glad weren't recorded for posterity?

You can't prevent your kid from doing stupid things, but you can attempt to instill the notion that letting certain types of pictures be taken crosses a new line. Teenagers are always concerned with self-identity, fitting in, and their privacy. While "fitting in" may be a reason not to object when the camera comes out, the competing sense of privacy might balance things out.

Webcams and streaming video add layers of complexity. The suicide of a Rutgers freshman this year after his new roommate had streamed a same-sex tryst is just the most painful example of the risks that are out there.

That's "Phorth" pronounced like "Fourth." Sorry for stretching things a bit, but it was essential to the "4 Ps" hook for this article. Plus, it builds on the original coinage. Go way back to the 1970s, when Kodak tried to promote a program called: "Photography, the fourth "R." Visual literacy, Kodak argued, should be the "fourth R" joining Reading, Riting, and 'Rithmetic. (Think School Days, School Days, Good Old Back to School Days).

This was a great idea back then. But it flopped. Kodak's zeal for the idea probably stemmed more from selling photo equipment and supplies rather than improvement of education. But photography was expensive, and parents and school administrators had lots of reason to avoid the cost of film and processing, the cost of building darkrooms, the concerns over harsh wet darkroom processing chemicals, the need for ventilation and the paucity of teachers. Forget about it.

Visual literacy is an even better idea now. The obstacles have been cleared away. There's no need for a darkroom, film, processing costs, or harsh chemicals — none of it! If the kids' cell phones won't do the job, great digital point-and-shoot cameras are inexpensive and there are probably lots of powerful computers in the school library that could be used by the camera club a couple of early mornings or late afternoons a week

In fairness, this isn't a notion that you probably need to sell to your kid. This one is more for the principal, or the school district, or the local legislator. Is there a photography program at your child's school? If not, why not? By the way, there are school programs that still feature film and the wet darkroom, and there's nothing wrong with that. 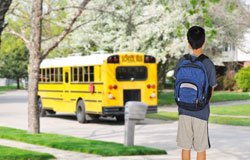 There are lots of articles out now to the effect that the current generation of college students has a totally different understanding of what constitutes plagiarism and copyright violation. This year's 20-year-old was born in 1991. The computer has always been at hand, and copy-and-paste skills are second nature. Unauthorized sharing of music files has already caused the music and recording industries to reinvent themselves to avoid extinction.

While today's kids may not understand what's wrong about copy-and-pasting someone else's work into what they're going to submit as their own, the concepts of plagiarism and intellectual property rights still stand for something. The occasional lawsuit with steep fines brought against some college student who downloaded a bunch of music without permission still finds its way into the newspapers.

As photographers, we want to make sure that we receive credit and appropriate payment for our work. That's getting harder to do in today's digital download world. One place to start is in educating the next generation about the responsibilities (and possible negative consequences) of using other people's words, music, or photographs without permission and/or without citation.

As with all types of digital theft, the skilled thieves are usually one or two steps ahead of the enforcers. That means the clumsy ones are the ones that get caught most often. College (and presumably more and more high school) faculty now have resources at their disposal that are pretty good at spotting passages of text in essays and creative writing submissions that have been lifted from elsewhere.

Photo detection and copyright/watermarking tools are available, but education regarding taking other people's work and passing it off as your own (or ignoring that it came from some one who actually created that work), cannot be stressed enough. Perhaps the easiest way to convey this to a young person is, "How would you feel if someone used something you made and didn't give you credit?"

There are things that aggravate this problem of "who made it?" Web sites that strip off identifying data as a matter of course, sites that make grabbing images far too easy, and the "Orphan Works" legislative proposals that have cropped up in Washington. Those however, are all topics for another time.

I left the best for last. 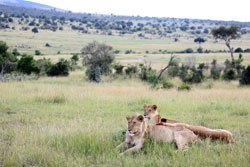 Years ago, NYIP's then-Director Don Sheff was going on an extended trip to Africa. His doctor gave him all the necessary shots and warnings about what to do in case of serious injury and illness. At the end, the doctor said, "Now don't worry about any of the things I've warned you about. I've been to Africa three times, you'll have a wonderful trip."

Same with photography. After you warn your kids about privacy and plagiarism, it's time to also stress to them that photography can be a wonderful friend for a lifetime. Help them learn how to take good pictures. You can start by showing them how to hold a camera to get sharp photos, something most of the world seems to have forgotten in this camera-at-arms-length digital age. Then get them into the habit of backing up their pictures. At that point, it will be time to move on to NYIP's Three Guidelines for Great Photographs.

Who knows? Maybe your child will grow up to be a great photographer. It's certain that good skills in photography will be a big plus in many different fields of endeavor. Come to think of it, maybe a good digital camera would make a great Back-to-school present.

I can't believe I wrote that.

One of the most frequent requests we get from photographers who visit NYIP is for information and samples of Release Forms. We can take a hint! Here's a general… 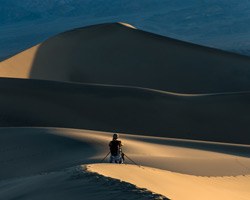 Are Workshops Worth the Price of Admission?

Let's face it, photography is a pretty addictive hobby. You start with a camera and a few lenses, and then get into a world where you need an L-plate, remote…