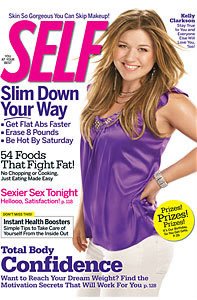 Editor's Note: No sooner did we release the article that yet another instance of photo touch-up was brought to the public spotlight. Self magazine recently featured pop sensation Kelly Clarkson on its cover, but fans and Self readers were quick to note that image definitely looked touched-up. Self editor Lucy Danziger later admitted that the image was both air-brushed and color corrected (although not "Photoshopped") to "inspire women to look their best". As Lucy put it,"This is art, creativity and collaboration. It's not, as in a news photograph, journalism. That is the point". This sparked another discussion: does Danziger make a case for retouching?

Recently the New York Times ran a photo essay in their Sunday magazine (and also on nytimes.com) that has generated a lot of controversy. Called “Ruins of the Second Gilded Age”, the photographer claimed that the images were made “with long exposures but without digital manipulation” but that turned out to be not the case. Many people noticed this and as I write this, the flak is still flying.

I did not see the images on the New York Times website because the Times quickly removed the article. However, I still have the magazine itself and the images there definitely show tell-tale signs of Photoshop use. The first photo, of a housing project in Phoenix, has a very noticeable High Dynamic Range (HDR) look. HDR, for those unfamiliar with it, is a process of extending the dynamic range of the image beyond what the camera was able to capture. It can be accomplished with Photoshop alone or in conjunction with a “tone mapping” program called Photomatix. Another image, of a home interior, looks a little too symmetrical and shows evidence of “mirroring”. That’s a process where one side of an image is flipped horizontally, then layered onto the other side. A third photo seems to have had the background on both sides of the main subject, a house, darkened in order that the house stands out more. There’s also evidence of mirroring of some of the background trees: New York Times magazine withdraws possibly altered photo essay.

I want to point out that this kind of “lapse” on the part of the Times is certainly not confined to that “paper of record”. I recall some years ago that the editors of National Geographic magazine “moved” a couple of Egyptian pyramids so that the resulting image would fit better in the cover’s vertical format. There are plenty of others. Here’s a link to an interesting article about image tampering over the years: Photo Tampering Throughout History (Dartmouth University) 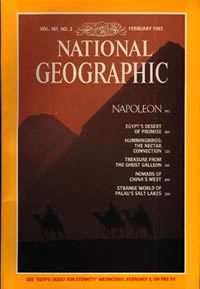 Many photographers use Photoshop (or other image editing programs) to enhance their photos in some way, including me. Portrait photographers routinely smooth out a female subject’s skin or make other adjustments. This is especially prevalent in fashion and advertising. I recall someone once saying that there isn’t an image in those fields that hasn’t been “kissed” by Photoshop. So why the controversy? Well, we have to distinguish between two different types of editing/manipulation. Adjustments that correct shortcomings in the camera/lens, such as straightening a bent horizon line (a lens aberration called barrel distortion), removing vignetting (also a lens issue), and sharpening are usually acceptable because they do not change anything in the subject itself.

But adjustments that do change the subject in some substantial way are another matter. The problem with the latter is the difficulty in determining where to draw the line. For example, the aforementioned HDR might be considered acceptable since it simply extends the tonal range that the camera captured. Fine as long as the photographer is not making a statement that NO digital manipulation whatsoever was used and there is no intent to mislead.

How about the photo with the darkened background? Same story. But the “mirroring” example? Not acceptable since that is substantially altering the subject itself. It might be ok for fashion or advertising (no one expects “reality” in those areas) but not in photojournalism. Some cropping and tonal/contrast adjustments might be acceptable. Again, it’s a matter of where to draw the line and that “line” is not always discernable or clear-cut. It’s often subject to interpretation.

Here’s a link to a discussion on this topic by NY Times Assistant Managing Editor Michele McNally.

She lays out the Times’ policy pretty clearly but mentions the necessity of contacting the paper if there are questions on its application. Other publications have similar policies.

On a personal note, it’s been years since I was a photojournalist so this issue doesn’t particularly affect me in my own work. My photographic style might be described as “straight ahead”, borrowing a term from jazz. But I routinely increase the color saturation on many of my images in order to match the tonality I saw with my mind-eye. Sharpening? Sure. However, I occasionally need to correct what I perceive to be a fault in the image or remove some offending element. Here’s an example of what I’m talking about: 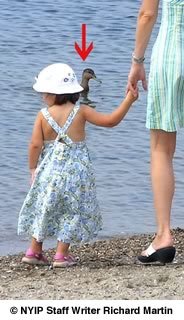 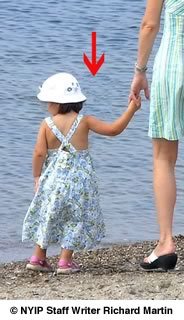 Note the duck’s head to the right of the little girl’s hat. This photo is a crop of a much larger image containing other kids and I was concentrating on them. I did not notice the duck but even if I had, this scene was very dynamic with a lot of motion, so I would have taken the shot anyway. Sometimes you just have to go for it. Anyway, the duck was easily cloned out in Photoshop. 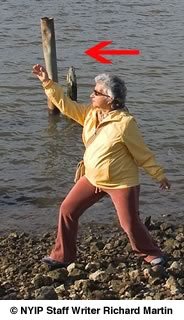 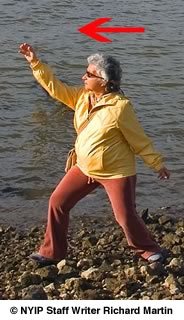 One of the NYIP Guidelines relates to “simplifying the image” and while it’s generally better to do this while looking through the camera’s viewfinder (through a process of selection and rejection), occasionally that’s not possible. Back in the “old days” of film, making corrections like these after the fact was extremely difficult. One of my earliest such experiences as a newspaper photographer involved a shot of some politician making a speech, a common photo situation even nowadays. However, on that day I failed to notice the deer head mounted on the wall behind him. Not surprisingly, in the resulting photo it appeared that antlers were coming out of the guy’s head. My editor was less than amused, especially upon viewing my feeble attempt to “fix” this in the paper’s darkroom.

I had no real excuse for this foul-up. After all, this was a pretty static subject and I realized afterward that I should have noticed those offending antlers. Happily for me, I was forgiven, perhaps because I was a beginner. And maybe because the editor hated that particular politician. Anyway, the “antler photo” ran the next day, minus my crude darkroom “fix”.

But the question remains — what is acceptable today, given powerful tools like Photoshop? And who decides? As always, we're interested in your thoughts. Feel free to send us your comments at This email address is being protected from spambots. You need JavaScript enabled to view it. .

With all of the photoshop scandels showing up in the news, it is important to know where the line is drawn and when it is ok. NYIP online photography course will help you learn the difference. 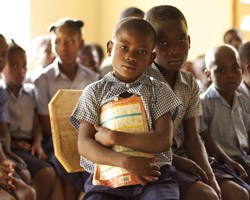 Behind the Photo with Indra Soria Munoz 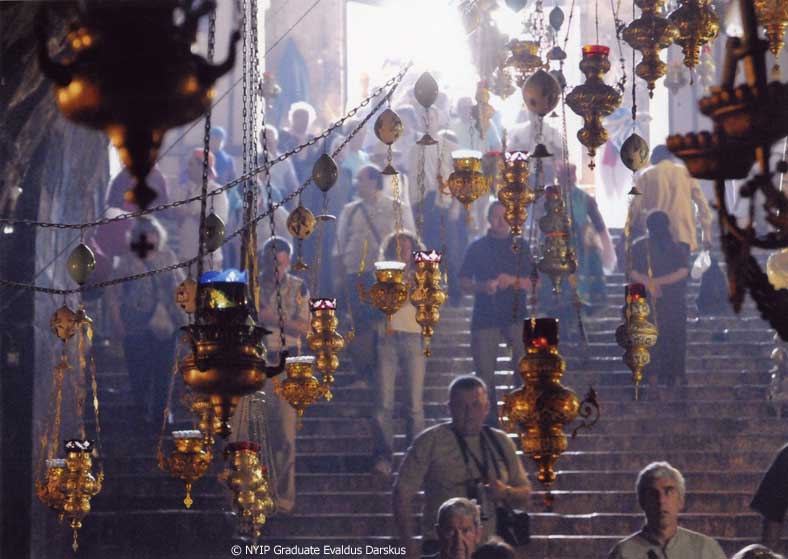 Picture of the Month Istanbul