A Lesson in Capturing History

When photographer Dirck Halstead captured this image in 1996, he filed it along with hundreds of others from that evening. Little did he know what he had captured.

At the time, there was nothing special about it. The President had his back to the camera, and the woman embracing him was then unknown. It remained unpublished for nearly two years before news of a scandal began to break.

Halstead saw the coverage and believed he recognized the face. After searching his archives for a match, he found that face in what was destined to become a historic image.

On August 10, 1998, his photograph appeared on the front cover of Time Magazine, quickly making global headlines. Halstead worked for Time for nearly 30 years, racking up 51 cover shots. Yet, this image may be the one he's most known for.

Ironically, it might have never seen the light of day had he been too quick to throw it away.

Today, it's even easier for photographers to trash photos on their digital camera. Some photographers don't even wait to get home, erasing files while still on location. Yet, with storage space less expensive than ever before, it makes sense to save every photo you take for further review. After all, why take a chance on deleting history?

Want more? The New York Institute of Photography was recently recognized as a top digital photography school in 2014 by the Best Colleges Online Organization. Let us help you become a better photographer today.

Chris Corradino is the head of the photography mentor program at NYIP. Just like all of our mentors, he is also a professional photographer. See Chris's lesson from last week for more. 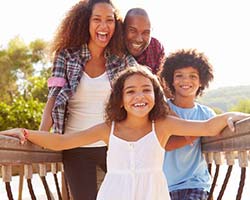 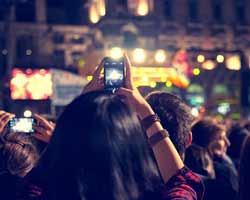 The New York Institute of Photography is the world’s largest online photography school, and because we are, we often publish fun and useful photography tips on our