Plan on using your digital camera outdoors for winter photography? Take a few tips from this photographer's summer assignment.

August. Not normally a month to be taking digital photos in the snow. But that's just what I was doing on Washington's glacial Mount Baker, participating in and reporting on an Alpine Ascents International mountaineering course for The Robb Report, the luxury lifestyle magazine.

It just so happens that the year I undertook this assignment, Mount Baker, just north of Seattle, received a record amount of snow that lasted well through the following summer. The snow was almost a foot deep in the parking lot near the base of the mountain and at 8,000 plus feet elevation, it may as well have been February. Which meant that despite the season, the class was learning how to get along in snow and ice, and as far as my photographing it all was concerned, winter rules applied as well.

No matter if you're traversing glaciers, skiing the slopes, sledding with the kids, or just trying to capture that first snowfall of the season there are some winter photography basics to keep in mind in order to get great winter pictures with your digital camera.

Baby It's Cold Outside

The first thing you need to consider when shooting outdoors in the winter (or at least, in snow conditions) is the temperature. Sure, you're all bundled up, but what about your camera? The batteries in your digital camera don't react well to the cold, it reduces their output. That's why your mom always kept new batteries in the fridge, right? Keep your camera warm by carrying it under your coat, as close to your body's warmth as possible. And carry extra sets of batteries in a warm place too.

I kept two extra sets of batteries stashed in my pants pockets anytime I took my camera out. I'd rotate the batteries to give them a chance to warm up again. Otherwise, cold batteries act like dead batteries.

Once you get past dealing with the cold, taking winter photos is a piece of cake, right? Nope. You've got all that shiny white stuff to deal with in winter photography. Snow presents all kinds of problems to the digital photographer. If you just "meter the scene" your camera's built-in light meter will read all that snow as an 18% gray tone. The snow will look gray and everything else in the picture darker than the snow will look black. A general rule of thumb is to compensate for the brightness by opening up one or two stops or over-exposing, to let in more light. If your camera has automatic exposure compensation try both a +1 and +2 and see which works best. Another solution, which we teach in the NYIP Complete Course in Professional Photography is to set exposure using a gray card.

Of course if you're trying to photograph the people in that snow scene and you use the above method, you run the risk of over-exposing them as well. You've got to choose which is the more important part of the subject, the people or the snow. If it's people you're after then the trick is to get right in their face (with your camera of course) and take a reading of the light that's hitting it. Set your camera accordingly and no matter where you shoot from you should have the proper exposure for the person's face. If you can't get a close-up reading, (for instance, someone zooming by on skis) take a reading of your own hand (minus the glove). As long as your skin tone and the amount of light is same as your subject's you should get an accurate exposure.

Another important digital photography tip for every photographer to know is that good lighting is the key to great pictures and the best time of day, lighting-wise when shooting outdoors is often early morning or late afternoon. That's especially true in snow. At a low angle the sun casts long shadows and adds contrast to your subject that otherwise might not be there if it were directly overhead. Knowing where the sun is in relation to your subject is important any time of day. Keep the sun at a right angle to your shot early or late in the day and behind you when it's high in the sky.

Winter Photography – Yes, it's All White, All Right

While the idea of capturing that pristine field of snow might sound appealing, it may lead to a boring photo. Look for objects that add color and contrast to your scene. Colorful ski clothes and dark contrasty shadows abound in winter. Use them to add emotional weight as well as interesting compositional devices to your pictures.

A Not Too Bright Suggestion

One of the things that I found most annoying on those cold August days was not being able to compose my shot in the camera's LCD display. I just couldn't see because of all the glare. This was really a problem when I used a telephoto adapter attached to the camera and couldn't use the viewfinder. My camera had no way of attaching a hood to shade the screen, but I was able to get around the problem by calling on the photographer's (and the camper's) best friend: duct tape. I fashioned an improvised hood from the tape, just large enough to shade the display and allow me to see what it was I was shooting.

One last thing: When I was finally back in civilization and reviewing the photos I had taken that snowy summer, I was glad that I had decided to bracket many of the shots I had taken. While some of the images needed major color correcting in Photoshop, more times than not, I had some great raw material to work with right out of the camera. The key was taking a few different exposures whenever possible and deleting the files that were obviously over or under exposed but keeping all the rest.

If you try some of the techniques mentioned above the next time you find yourself shooting in snow, winter or summer, you'll end up better, more interesting images. For more information on winter photography, and digital photography tips, you may also want to read NYI's articles How to Handle Your Camera in Cold Weather and How to Take Great Skiing and Snowboarding Pictures. 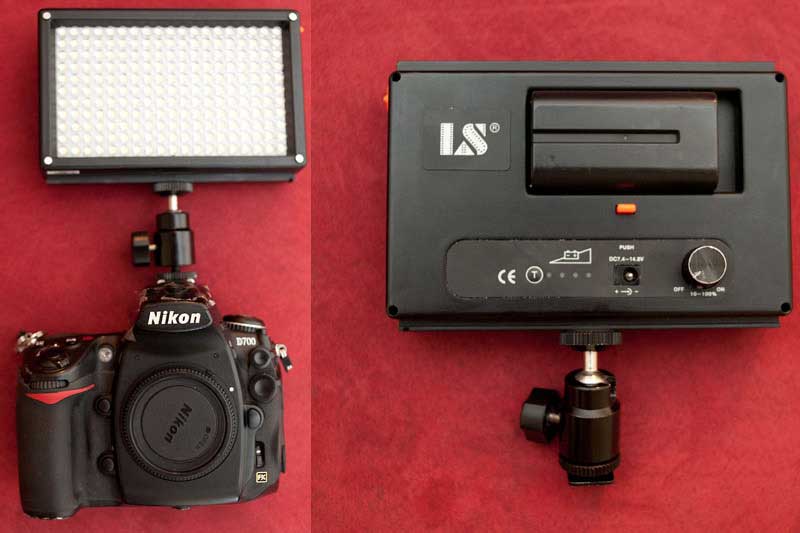 Using a Video Light to Enhance Your Nighttime Photography

Now that many DSLR cameras allow you to photograph at high ISOs with less grain or noise, you can take advantage of a more cinematic look to your photos. I…