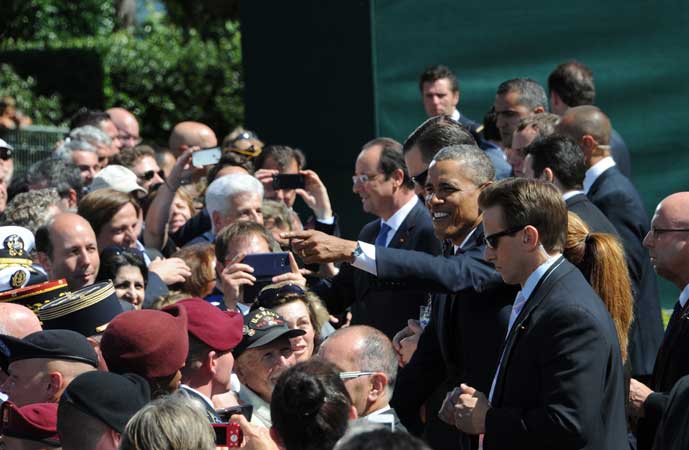 In 2011, Brian Henriksen enrolled in NYIP while deployed to Afghanistan. He had always been passionate about art and photography as a child, and realized then that it was what he wanted to pursue after his military retirement. Approaching the 70th Anniversary of D-Day, Brian reached out to the French Press Bureau, providing a photo ID along with his NYIP Press credential. Within a few weeks, he received confirmation and was approved for a press pass, which he then used to capture a shot of President Obama during the ceremony. Now approaching graduation, we got a chance to talk to Brian about what he’s learned, and how he plans to continue using the knowledge he gained at NYIP in the future.

1. When did you realize that photography was the field you wanted to pursue?

I originally found a passion for photography in high school in the mid-80s. I was always interested in art and encouraged by my art teacher to take the school’s photography class as an elective. It was love at first sight. The school had a great program with a very enthusiastic photography teacher. I purchased my first SLR during that initial semester, a Minolta X370, and we were inseparable for many years. I still have it and we still shoot film every once in a while.

2. When did you enroll at NYIP?

I enrolled in NYIP back in 2011 while deployed to Afghanistan. I had recently upgraded from a point and shoot to the Nikon D700, and had become really excited about photography again after a very long dry spell. My passion for photography for a long time had taken a back seat to my military career and I wanted to change that. I decided then that photography was going to be my next career upon military retirement. I had been researching educational opportunities online and came across NYIP. As a native New Yorker and reading what NYIP had to offer, I jumped right in.

When I began, the course work was on cd and booklets and while deployed, was able to get a lot of the course work complete. However, finding time to get the projects done has been difficult due to my constantly changing schedule. I have had to extend my enrollment on two occasions, but am fairly close to completing the course now that I am 100% online.

4. Is your mentor helpful during the process?

My mentor has been amazing! I have always been completely satisfied with the critiques of the photo projects. I find it remarkable how very detailed my mentor’s evaluations are. I learn so much every time I receive feedback. I really like the idea of sitting down to the computer, opening the photos, editing software, and going through the audio evaluation step by step with my mentor. This is invaluable in the learning process for me. 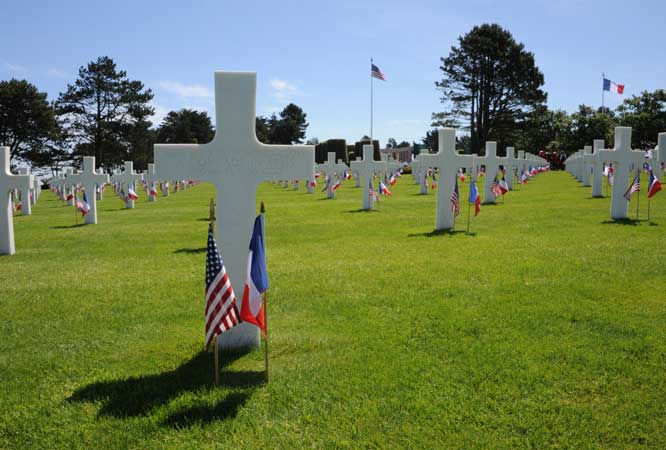 5. Tell us about your great experience with the press badge.

In the instance of the 70th Anniversary of D-Day, June 6, 2014, I began by contacting the French Press Bureau (via email) that was handling press credentialing for the ceremony at the National Cemetery in Normandy, France a few months in advance. I filled out an online application, provided a photo ID, as well as my NYIP Press credential. Within a few weeks I received confirmation that I was approved for a press pass with instructions of where to be and when. Three days before the event, I picked up my French Press credentials and began scoping out the different areas where press would be allowed. During this process I learned my credentials were not actually for the event at the American Cemetery at Normandy where President Obama would be, rather I was credentialed for another ceremony in Ouistreham, on the other side of town. I was disappointed, but not defeated. I decided to take a risk and try to get in at the American Cemetery, risking not getting in at all. I arrived extra early and tried to push my way into every entrance I possibly could with the credentials I had, to no avail. After a while, I noticed a number of journalists heading around to a back entrance with heavy security. I got in line and realized I was in the White House Press Pool In-Check. I was a little nervous, but felt confident. When I was called up, I provided my French Press Pass, NYIP Credentials, and New York Driver's License. They assigned me a pass, searched my gear, and I was in. I had full reign of the Press box, as well as off limits areas surrounding the WWII Veterans and certain parts of the Cemetery until the Heads of State departed. This was imperative, as I was able to get a few shots off before the crowds swarmed. I have also used my NYIP Press Pass to access Rock Concerts, UFC MMA Events, and numerous other varied events.

6. What qualities do you think a successful, aspiring photographer needs?

A successful photographer understands his/her subject before picking up the camera. I think the most successful photographers create images of subjects they are interested in. They are able to tell a story with the images they create. They have a good imagination and can draw upon that to enhance their creativity. 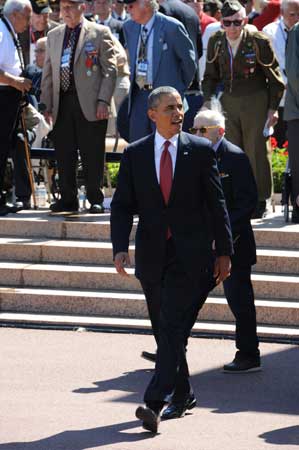 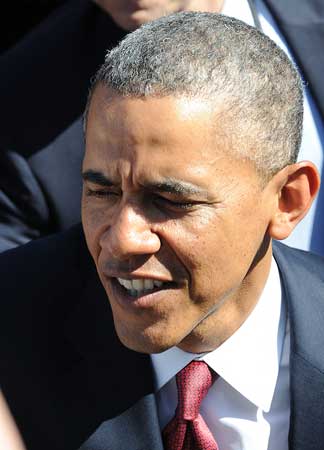 7. After graduation, what are your plans?

I plan on doing freelance work to begin with. I have done some work with military publications and will likely continue that until I get a foothold of my own. I would eventually like to venture out on my own creating nature/wildlife images for national and worldwide publications.

8. What do you always carry with you in your camera bag?

I never leave the house without my two Nikon D700 DSLRs, Nikkor 28-300mm f/3.5-5.6, Nikkor 16-35mm f/4, Nikkor 50mm f/1.4, and two SB900 Speedlights. Of course, I also carry numerous extra batteries for all electronics, extra compact flash cards, filters, light modifiers, cleaning equipment, wireless devices, and a tripod. I often have some form of film apparatus nearby as well, just for nostalgia sake. This all fits neatly in a backpack.

9. What’s the most interesting thing you’ve learned so far at NYIP?

10. If you had to pick one, what was the most memorable photography project you’ve ever completed?

The most memorable project I have had as a photographer thus far was during my deployment to Afghanistan in 2012. Keeping in mind that I am not a photographer by trade for the military, I was tasked by my superiors to support the Public Affairs Office in shooting events and creating photo essays when they were understaffed or overworked. On one particular assignment, I convoyed to a recently US/NATO renovated mosque in war torn Mazar-e-Sharif, to capture the locals enjoying the new scenery. I had the opportunity to not only capture some really nice images, but to also interface with and learn things about the locals I met not otherwise have had the opportunity.

11. Describe a day in your life as a photographer.

I am not currently a full time photographer, so I can share a day I had that is pretty typical for me when I am out shooting. I have a passion for shooting animals and decided to visit Monkey World in Dorset, England to see what I would be able to capture one day. I showed up extra early and was excited to get shooting. The doors opened promptly at 10am and I began shooting chimpanzees right away, then gibbons, capuchins, orangutans, and squirrel monkeys. I felt like I was just getting into my groove and loving every moment of capturing these beautiful primates when I was tapped on the shoulder. “Sir, the park is closing in five minutes. We are going to have to ask you to make your way to the exit.” It was 5pm and I felt as if I had only been there an hour or two. That is exactly how my days go.

12. What’s the most rewarding part of studying photography?

Simply put, it is the noticeable improvement in my skill and how it is being relayed to my final images. It really is rewarding.

13. What subject is usually your favorite to shoot?

My favorite subjects to shoot are animals and nature. I really like to catch animals in their natural environment.

14. If you could give one piece of advice to our current and prospective students, what would it be?

My one piece of advice would be to get out there and use their NYIP Press Credentials to get their foot in the door to venues that they are interested in shooting. Be assertive and respectful, but don’t immediately take “no” for an answer.