Here at NYIP, we tweet about all things photography on a daily basis. Our goal is to bring you some of the most interesting, compelling, and informative photography news in real time. We like to interact with photographers from all over the world, and encourage you to participate. We promise we'll never tell you what we are having for lunch. If you haven't already, follow us here at www.twitter.com/nyip.

When I first started my Twitter account over 250 days ago, the internet was saturated with articles advising people to follow everyone who follows you. It was supposed to be good "twettiquette," designed to make social media a more effective networking tool. At first, this theory worked quite well. When someone followed, I would automatically follow back. I watched in amazement as my number of followers grew at a rapid pace. I even wrote an article about it here.

During this same period, Twitter was being hyped in the media each day. It seemed you couldn't even turn on the television without hearing a buzz piece about it. As social media became more mainstream, a massive influx of businesses flocked to Twitter in an effort to monetize it. As a result, businesses and marketing gurus started following people at an alarming rate. They did not have any specific interest in what people had to say. Their sole purpose in this venture was to make money. My Twitter stream became much less interesting, and quickly filled with spam. It appeared that the old model of "following back" needed to be re-evaluated immediately.

I had to take some action. On October 2nd, I tweeted the following announcement:

I began to sift through my list of 975 followers. I expected to delete some spammers, but I never would have imagined how deep the problem really went.

For starters, I was following people whose language I didn't speak: 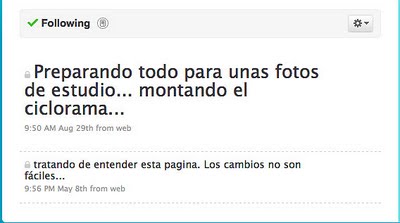 I was also following people who by their own admission, were "Completely Uninteresting":

There were automated followers who promised to make me more cash:

And those who never posted a single tweet, yet had hundreds of followers:

Worst of all were the people PAYING for followers!

Clearly, a good majority of these people were spammers who were playing the system to build inflated Twitter numbers using any means possible. As quickly as I un-followed them, they stopped following me. It was a liberating experience. In a matter of days my 975 followers dropped to around 715. I also noticed a drastic reduction of marketing junk in my stream. I started to re-connect with my real Twitter friends. These are the people who actually have something to share, not just to sell. They are the ones who make Twitter a worthwhile tool for communication. My friend @Lecheval put it very nicely with her tweet below:

I would rather have less staggering, but real numbers, rather than inflated counts based on deception. I've already heard from many others who feel the same way. Twitter users are growing tired of being treated like ad targets, and dry marketing tests. Each time you block or un-follow one of these people, you are sending a clear message. It's about the quality, not the quantity. The next time you see someone with twenty thousand plus followers, ask yourself how they got there. Some will be legit because they post some unique, quality content. The majority however, will be all smoke and no fire. Do yourself and the entire twitter community a favor and un-follow them right now. 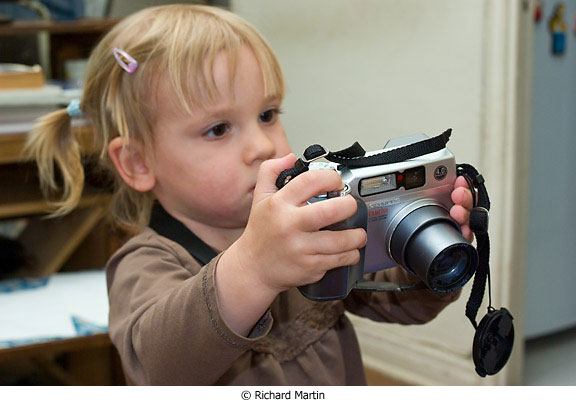 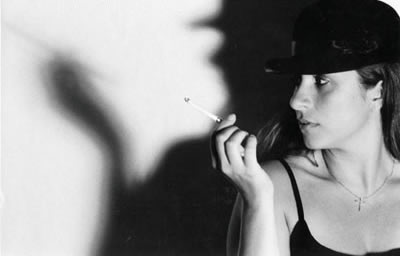 Picture of the Month Woman with Cigarette

All too often, in the modern scheme of things, we as photographers are fearful of shadows. We bend over backwards (sometimes)…