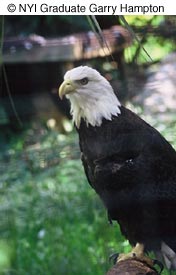 Garry Hampton would seem to be proof of this principle. In fact, he wanted to pursue photography because he was busy with a full time job, was active in the Army Reserve, and yet he "wanted to spend time in the wilderness." The pursuit of photography gave him the excuse he needed, and now it's blossomed into a second career.

Over the years, Hampton's diverse interests have found an outlet through his camera. As a member of the Canadian Armed Forces Reserve in the 1980s, Hampton's photographic and writing skills were recognized by his being offered a position as a Public Affairs Officer.

"It was my job to put articles out to local newspapers and Armed Forces publications on my unit's activities," he said. 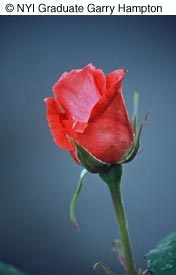 It may seem like a far jump, but now he's a member of the Garden Writers Association, and an avid photographer of the natural world.

"I now tend to shoot flowers and gardens, but I like to shoot subjects where I can play with the light. I find this to be very relaxing and rewarding way to meet nature," he said.

By looking at his photos, one can see that for Garry, forests, animals and flowers inspire him to great photographic heights.

Garry first started pursuing photography years ago, when he was fishing for salmon in the Pacific Ocean.

"The Big One got away," he said. "I mentioned to my wife that I would really like a camera for future encounters. That Christmas there was a Canon AE1 Programmable under the tree. I still have this camera and use it for portraits, fireworks and most of my time exposure shots." 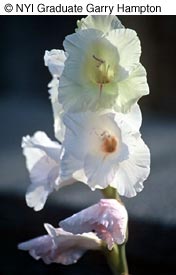 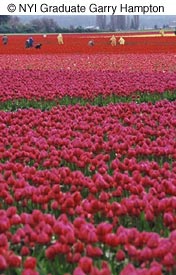 NYI's Complete Course in Professional Photography appeals to many students because the flexible program can be completed on the student's own time, without having to juggle a class schedule or commute to a school.

For Garry, there was an added incentive in the Course's independent nature.

"I really liked the fact that it is a Course that can be done on your own terms," he said. "You have to set goals and learn what you are doing, and this can be of great importance if you choose to take on a career in photography."

Since Garry already knew something about photography, he quickly moved through the first three units of the Course, which proved to be "a great review" for him. 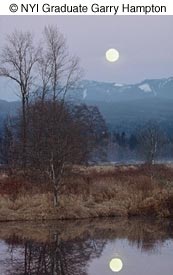 "The rest of the Course was a very steep learning curve. I still pull out the text books to check some things out before various projects," he said.

"I would strongly advise people who want to seriously become involved as photographers to take this Course. I have taken the NYI Complete Course in Professional Photography and someday I will probably take the NYI's Digital Course."

Completing the Course didn't just help Garry in terms of his photography skills; it also boosted his self-confidence.

"I found that taking your Course, passing it, and having a certificate hanging on my wall gave me more confidence to put my work out there."

As Garry is just about three years from retiring from his full time job, he is becoming more involved with photography and writing, looking forward to making his passion his new full time work.

"Until that happens, I am doing a project a month on a part time basis. I find a market each month, photograph it, do any writing and send it out," he said. "I now have been published (and paid) by garden magazines, the United Church of Canada, and have had private commissions." 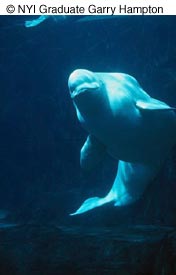 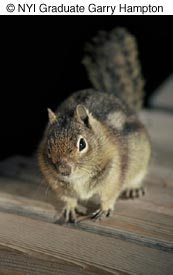 "My next challenge is to keep perfecting my image taking, improving my writing ability, and after I'm retired moving on to doing two or three projects a month."

With everything he's accomplished so far, we're sure that having more free time once he retires will not stand in Garry's way of continuing to manage his successful photography career.