I was sound asleep on a Thursday night just before Halloween when the police started incessantly ringing the buzzer to my loft. Stumbling to the intercom expecting to hear strange mumblings from some misguided drunk on the street below, imagine my surprise when I heard: "Police. There's a fire. Get out of your building!" My family hastily pulled on some clothes, grabbed the dog, sequestered the cats in one place, and exited the building.

On the street chaos reigned. Cops, firefighters, and a whole lot of commotion. The building immediately next door to mine was on fire, a fire that would ultimately go to four alarms (that's big by New York City standards). As I looked up at the flames and smoke issuing from the building next door, I could only wonder whether my home, studio, cameras, and negatives would all be destroyed. Looking a bit scruffy, with a baseball cap on my head, I was surprised when I felt a tap on my shoulder. I turned around and there was a freelance news photographer. "Hey, NYI," he said. "I'm in Unit 4." Then he went back to work. A little later I tracked him down and got his card. That's how I met Seth.

The good news is that my home only suffered smoke damage, and after three weeks of hotel living, my family was able to move back into our home. It was, as they say, a close call. Later, I got in touch with Seth, visited his Web site, and suggested we do a profile on him. Seth's story is the important one. 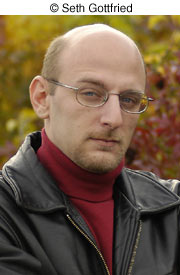 As a person with a family, and a job that required long hours, I couldn't see where I would find the time or energy for a traditional photography college. I felt, I'd be setting myself up for failure, as I'd probably end up missing classes on a regular basis. NYI however, gave me the freedom I would need to take a course that would be based 100% around my schedule. In addition, NYI offered me the ability to contact live mentors if I had a question, while this was important to me when I initially signed.I rarely ever called as the Course was extremely thorough and easy to understand.

I enjoy it, and there's a vast amount of opportunity within the field. Why did I choose to specialize in emergency service photos? To maximize my earning potential I was looking to differentiate myself from what everyone else was photographing (scenics, flowers, fountains, insects, sunsets and historic sites,) at the same time I wanted something that I could enjoy photographing day-in and day-out without it starting to feel like a job. With amateur radio and frequency scanning as one of my hobbies, sales/ marketing as my current career, and a limited selection of emergency service photographs currently in the market, it became quite obvious to me that this was the area I should specialize in. 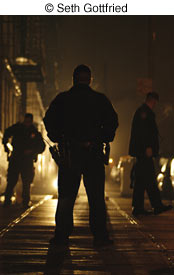 When I first told my wife two years ago that I was going to start a company that licenses emergency services photos....she looked at me like I was crazy. Here I was a major account sales rep for AT&T making a lot of money, and I wanted to leave to start something that I had no idea would work or not. Then it happened, we made our first sale to the Canarsie Courier for $7.00. Since that sale in October of 2002, On Scene Photography has done the photography for trade show booths for Honeywell, Goretex, and a number of other large companies. Our pictures are now in newspapers, books, videos, mousepads, etc. I now work two shifts for the New York Post on the weekends which works out great as it gives me the time I need to go out and get some more photos. All in all, we're finally in the black, and things are looking really good for the upcoming year.my wife even unpacked her bags and decided to stay.

Are there particular challenges to the type of photos you take?

Any advice you'd give someone trying to break into the field? 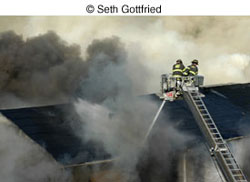 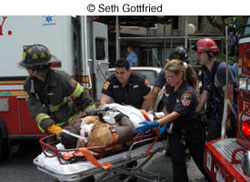 How Was the Course?

The Course was great, and I've recommended it numerous times to both professional and amateur photographers.

The first assignment work that I accepted was for a new cable TV show that was being shopped around to various cable networks. It required group shots and head shots of all the cast members. In addition, they wanted me to come with them on various shoots around the city as they interviewed celebrities for the show.

How Did You Get Your Current Photography Job?

Building my stock photo archive for On Scene Photography required me to constantly follow newsworthy events such as fires, accidents, shootings, etc. While at these incidents I befriended many of the photographers and reporters from New York's major newspapers. Eventually one of the papers needed a person to cover the weekend graveyard shifts (12AM to 8AM) and they asked me if I wanted to do it. 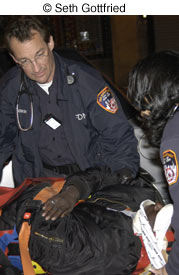 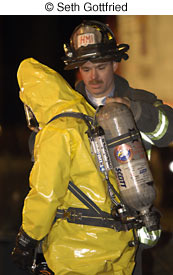 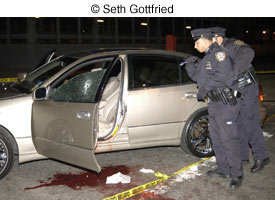 What's Next In Your Photographic Career?

My sights are currently set on making On Scene Photography the number one supplier of emergency service photographs in America. I don't see that goal changing anytime soon.

I don't really have a favorite. Each photo I take evokes different emotions.

What Do You Like Best About Working In Photography?

Photos put things in better perspective for people. When the recent tsunami hit Asia, most people couldn't imagine the extent of damage caused. Then the first pictures starting rolling out in the papers and television, and people were astonished. Their grasp of what had just happened sky rocketed. For some.the images they saw will be remembered forever.

Photography has also increased my knowledge of the world around me. It has brought me in contact with people from New York's most exclusive societies, to New York's darkest and most poverty-stricken ghettos. Each day is different and you never know what to expect.