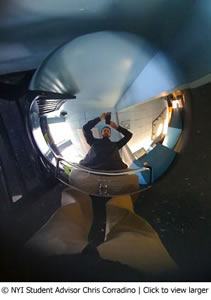 Whether you use a smart device like an iPhone, or a more compact cell phone, chances are that you have a camera in your pocket right now. At one point, the optical quality of these cameras was very poor. Yet today, thanks to continued technological developments, a growing number of users are beginning to realize the power of the latest cell phone cameras. In fact, the research company InfoTrends recently reported that "more than 860 million camera phones will be sold in 2009, comprising 89 percent of all handsets shipped." If this is any indication of what the future holds, it seems likely that this trend will continue into 2010, and beyond. Here is a current look at the way cell phone cameras are being used by both professional and amateur photographers.

With camera phones now more accessible than ever before, there has been a dramatic shift in the way breaking news is delivered to the public. One much publicized example of this took place when US Airways Flight 1549 crash landed in New York's Hudson River. Before any photojournalists arrived at the scene, Janis Krums took an iPhone picture and posted it to Twitter. To many, this image is considered to be one of the most memorable shots of 2009. Another example of this took place this past summer in Iran. Reporters were denied access to the hostile street protests. This forced major media outlets to rely on reports from citizen journalists, many of whom were using cell phone cameras to record the events. Despite the amateur footage, viewers were glued to their televisions each night to watch the historic situation unfold. Today, anyone with a camera phone can be a citizen journalist.

It's true; today's camera phones simply do not have the speed, or advanced functionality of the more full featured DSLRs. Yet, the benefit of having a small, quiet camera in your pocket at all times outweighs any of its technical limitations. When a professional photographer arrives on the scene with two DSLRs, telephoto lenses, and flash units, everyone immediately notices. In certain situations, this can hinder the pro from doing his or her job, as people are more guarded, and aware of the cameras. With small cell phones however, a photographer can get the needed shot, and leave the scene virtually undetected. In addition, there are some places where professional looking cameras are absolutely prohibited. Thankfully, camera phones are more discreet, and do not generally draw attention to the user.

One of the best parts about camera phones is the ability to share the image with others right away. You can post your photos to a variety of social media outlets such as Facebook, Twitter, and more. You can even post videos to YouTube directly from your phone. This type of content sharing has become incredibly popular. Facebook alone receives more than 2 billion photo uploads each month! On Twitter, many photographers share their "Twitpics" with their followers. These can range from "look where I am," to beautiful fine art imagery. If another user appreciates an image, it is often retweeted, and shared with even more people. It's possible to upload a photo at 10:15am, and have several hundred or more views in a matter of minutes. 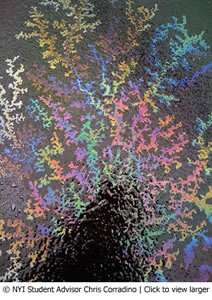 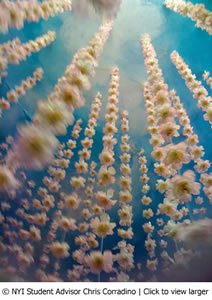 For iPhone and Droid users, there are an overwhelming number of photo related apps to help edit, enhance, and share pictures. In fact, Adobe Photoshop just launched their free app for the iPhone. While in-phone editing can be convenient and fun, some users prefer to edit the old fashioned way, on their desktop computers. Cell phone images are typically JPEGS, and can be downloaded into a full version of Adobe Photoshop, or other editing software. This opens up many possibilities like layer masking, unsharp mask, noise reduction, and more.

One Device Does It All

Rather than carrying a phone, a camera, and an MP3 player, many of today's consumers are looking for one electronic device that does it all. Some shoppers simply Google "Best camera phone," and make their purchase solely on the quality of the camera. Manufacturers are taking notice, and adding more capable cameras to their phones. For example, the new Motorola†Droid features five megapixels of resolution, autofocus, and a flash. The affordable Sony Ericsson C905A has a built in Sony Cybershot camera. Besides eight megapixels of resolution, you can adjust the white balance, use image stabilization, and red eye reduction. It even has specific modes for a variety of subjects like sports, macro, night, and portraits. In some cases, the memory is built in, while other models have removable cards. 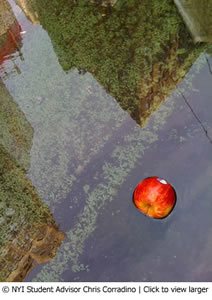 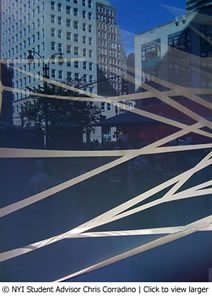 New York photographer Robert Clark was commissioned by Sony to use his Sony Ericsson S710 camera phone to photograph across the United States for fifty days. These images were turned into a book called "Image America." It was the first ever published work featuring all camera phone images. The project was very well received, and enjoyed a great deal of media attention. The images were eventually used in a large gallery exhibit in New York. You can check out more of Robert's work on his Web site. 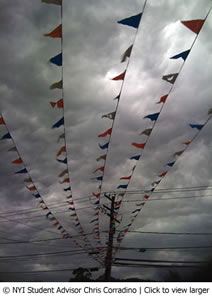 Camera shake can be a big problem, and ruin pictures.† When you use a camera phone, you have to hold it far enough from your head that you can see the image on the LCD panel. Try holding the phone with both hands. When you're ready to take the picture, press the shutter release gently, don't punch it.† Many photographers either let their breath out, or take a breath in, steadying themselves before pressing the shutter.

Focus and exposure are automated on most camera phones.† You should give the camera's sensors a few seconds to adjust to the light level and focus on the subject in the center of the frame before you take the picture. Lighting is also very important with camera phones.† They work best in bright light and can be a problem in low light situations.† Some camera phones have a low light setting or allow you to boost the brightness a bit.† Bright flat lighting, such as open shade or an overcast day will produce the best detail in your pictures.

Remember the three NYI guidelines. When you look at the scene in your viewfinder, ask yourself three little questions:†What is the subject of my picture?† How can I emphasize the subject?† How can I simplify the picture?† It works every time.†Often the solution is to advance on your subject. Remember that your camera phone can probably focus on relatively close-up subjects. As a veteran war photographer used to say, "If the picture's not working, get closer."

The Time is Now

With all of this great technology at our finger tips, it truly is an exciting time to be a photographer. Best of all, you don't need to spend a lot of money for one of these camera phones. In fact, most are well under $300. If you have yet to explore cell phone photography, dust off that lens on your phone, and start capturing the world around you. We have added a new area for you to share your cell phone images on our official forum at forum.nyip.edu.

In NYIP Photography classes, you will learn about every kind of photography, not just using an expensive and fancy camera, but even the simple smartphone camera you already own. 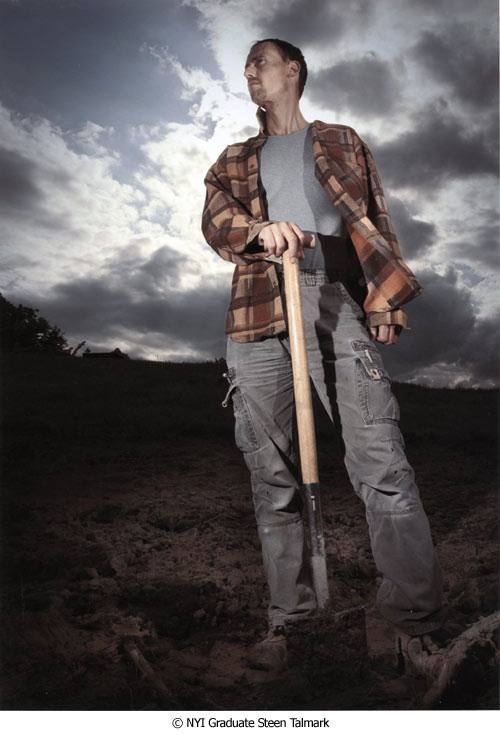 Picture of the Month Labor

"All the world's a stage, and all the men and women merely players,", said Shakespeare in As You Like It. How appropriate a description for this month's photograph — theatrical…