3 Techniques for Capturing Motion in Photography

If you think about it, it’s funny to talk about movement when discussing photography. Photography is all about stopping motion, capturing split seconds in time. At the core, photography is about recording reality at 1/1000 of a second. Yet, is it this very thing that pushes us to show action? How can we create movement in a still image?

Before we can talk about showing movement, we need to understand the basics of how we freeze time to being with. If the photographer wants to stop or freeze a moment, they use a fast shutter speed and an electronic strobe (a flash) to accomplish this. The super fast shutter slices through time and stops the motion mid-flight. The strobe does the same thing. The best way to explain how the strobe works — and the reason I used the antiquated term strobe — was to drive home a point. If you’ve ever been to a nightclub with a strobe light, you notice how time seems to stop in small chunks as the strobe flashes. The camera’s strobe does the same thing, and the film or sensor records this moment.

But for our purpose here, we want to accomplish the opposite. We want to show movement — to somehow elongate time. We can accomplish this in at least three different ways. Let look at them. 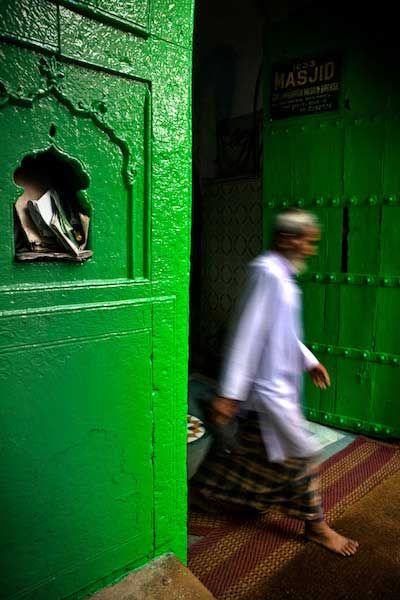 Long exposure is the most obvious, but few people really use it effectively. When you want to show action, use a slower shutter speed. In the photo above, you see a man walking out of a green door. On the door and the walls are clues. We see a sign that says Musjid, meaning mosque. We can also see papers in a Persian or Indian styled arch. All these are clues to what is happening. But I wanted to show the man moving through the doorway. The problem is, if I shot the frame too slow, he would be so blurred he would look more like a phantom. But at 1/20th of a second, we cannot only see he is a man, but we can also see he is wearing Indian clothing and a prayer cap, giving us clues to where the photo was taken. Without a tripod, shots like this can be difficult to capture. For this shot, I leaned the camera against a wall to steady it.

Another way to show movement with a long shutter speed is to use a tripod and set your camera’s shutter speed to something closer to 20 to 30 seconds. If you are in a crowded location, some people will inevitably remain stationary while others move. Anything motionless — like a building, a street sign, markings on the street or certain people — will be in focus while life seems to be passing them by. It’s a fun and creative technique that capitalizes on the slow shutter value to show movement. It can also serve to emphasize how crowded a location is. 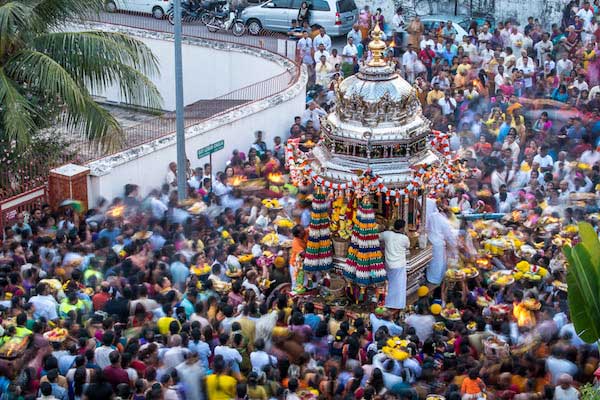 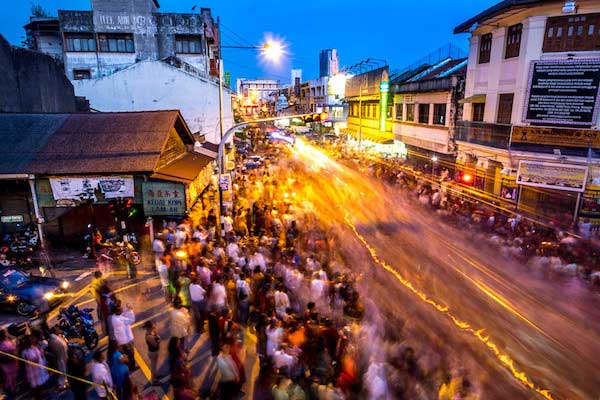 Another technique that a photographer can use to show movement is panning. Panning is a simple yet effective technique that delivers the opposite effect of the long exposure technique above. While panning, a photographer sets the shutter to a slower speed — anywhere between 1/15th to 1/30th of a second — and moves the camera at the same speed as the subject. By doing this, the subject will appear more in focus and the background will be blurred. Panning gives a different point of view (POV) than the long exposure technique. It makes the viewer feel as if they are moving along with the subject and the world is rushing by them. Done effectively, the photographer can achieve some stunning effects. 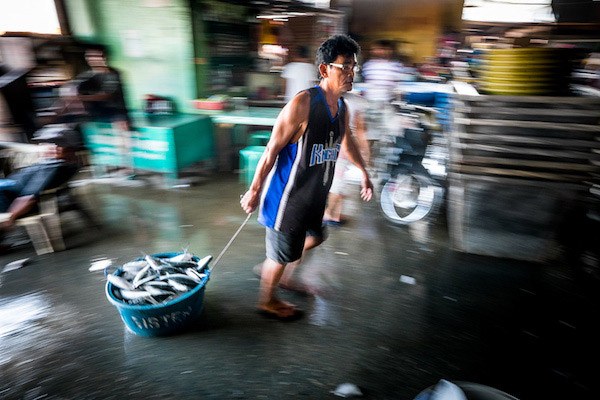 You can also play with around with the panning technique and get different effects. For instance, panning from a moving vehicle will give you a much different feel than standing stationary. 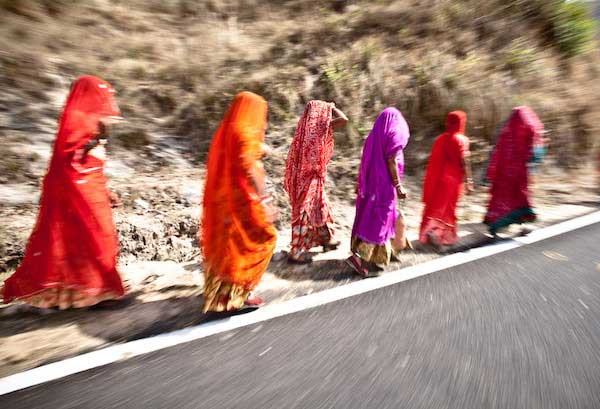 Panning while moving at the same speed as your subject will give you a different feel than panning a stationary object from a moving vehicle. 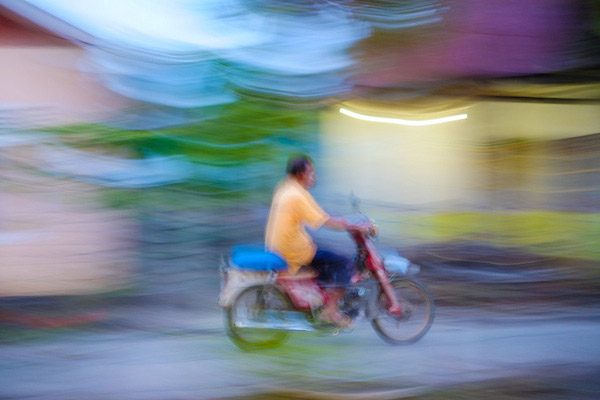 The last technique to consider is a mix of both long exposure and panning, with the addition of flash.

To start with, you need to understand a shutter is not one curtain, but two. One curtain opens up from the bottom to expose the sensor, and then another follows in a split second to close or hide the sensor from the exposing light.

However, while the shutter is still open, ambient light is still etching an image on the sensor until the second curtain closes. Let’s suppose a ball enters the frame from the right. Just as it enters the frame traveling towards the left, the flash fires and freezes the image on the sensor. But with the shutter still open, the blurred image of the ball crossing the frame is still recording. In the end, the photo looks a ball but with a “trail” of itself reaching out in front of it. Very odd. 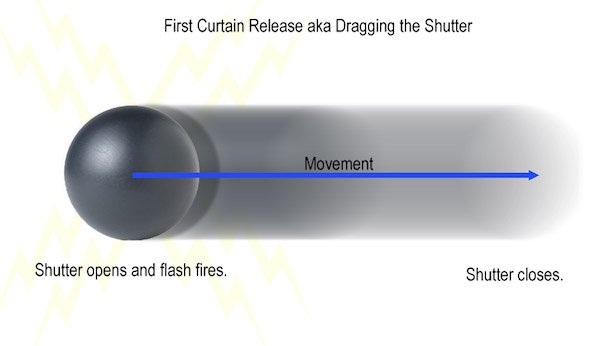 But what if you could somehow turn that around and show the ball leaving the frame, with the motion blur trailing behind it, much like an artist might draw motion lines behind a ball in a cartoon? It would look natural and feel right. The good news there is a way to do that simply by changing which curtain the shutter syncs with. It will alter the outcome and give us that “trailing tail.” Most advance flashes and camera have an option for something called rear curtain sync or second curtain sync. 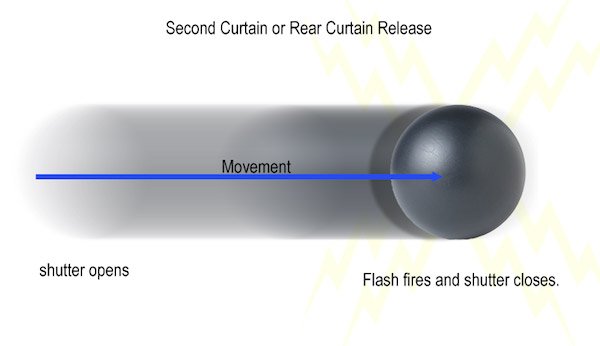 Many photographers use a slow shutter sync to bring in more ambient light — this is called dragging the shutter. What we are talking about here is really slow shutter speeds. It is not uncommon to use rear curtain sync with a shutter speed as slow as 1 second. It can give a very dream-like effect that combines the suspension of time with movement. 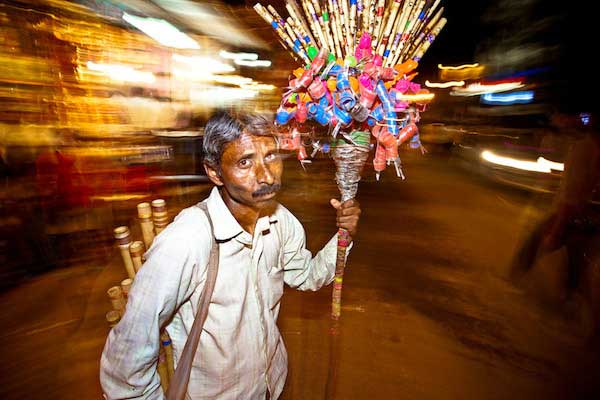 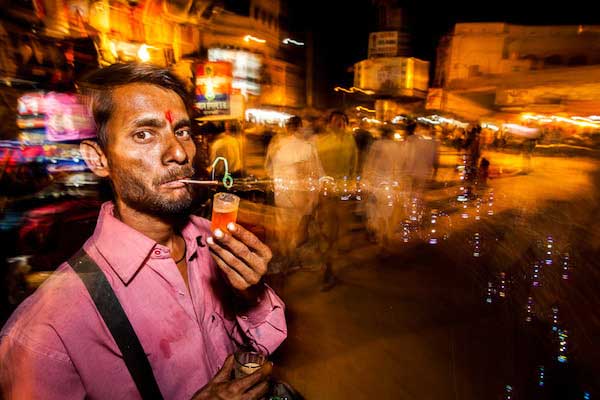 Play around with these three simple techniques for showing motion, and you will give yourself and your work a creative boost.

Matt Brandon is a Malaysia-based humanitarian and travel photographer who collaborates with NGOs to tell their stories and to train their field staff to do the same. Well known as a photographer and international workshop instructor, Matt’s images have been used by clients such as Partner Aid International, NeighborWorks, the BBC, Honda Motor Corporation, Bombadier Transport Corporation, Asian Geographic, KLM Airlines and others. His photographic pursuits have taken him to Egypt, Tibet, India, Indonesia, Thailand, Maldives, Philippines, and Malaysia, to name a few. Matt is also a key member of the International Guild of Visual Peacemakers, on the advisory board for Focus for Humanity, and on the design board for Think Tank Photo, a camera bag manufacturer. Keep up with Matt’s photos, travels, and product reviews at www.thedigitaltrekker.com 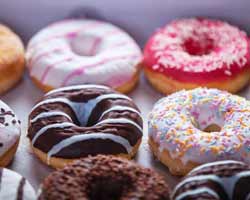 Daniel Norton is an NYC-based photographer as well as one of the industry’s most renowned experts in lighting technique. Often called upon by top professionals of… 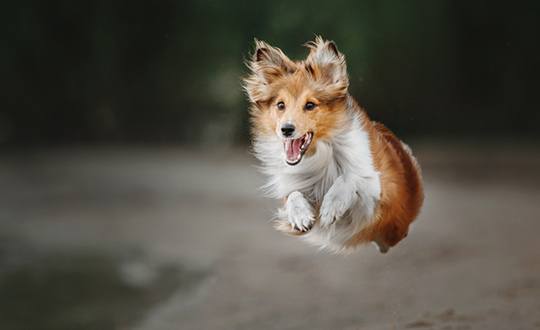 Have you ever tried using the continuous shooting function on your camera? If not, we highly recommend you explore it a bit. Once you get used to working in this…