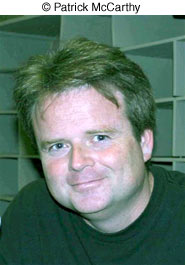 The aspect of photography that draws people to it as an art form is often the fact that through photography, one can make time stand still. Think of seeing a photo of an 80-year-old taken when they were a child — that innocence and sweetness is captured forever on the paper, even in shadowy tones of black and white.

For Patrick McCarthy, what he likes best about being able to work as a photographer is "capturing moments." But for Patrick, part of the magic comes from bringing all his training and experience to the job, and capturing the moment with precision and skill. Something he needs to do with each and every photograph he takes in his job as a sports photographer.

"It may sound simple, but correctly and professionally capturing moments that are special to others is a higher goal for me," he said.

And with photography, the pleasure extends beyond the photo shoot, to the moment when the customer picks up the contact sheet or prints. 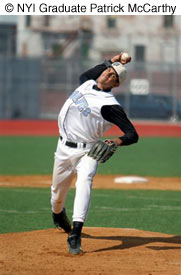 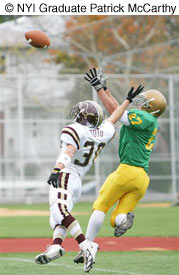 "I so much enjoy the look on the faces of people I have photographed when they are happy with the results," he said. "It's if I have preserved a moment for them that they now can share with others as well as enjoy themselves." 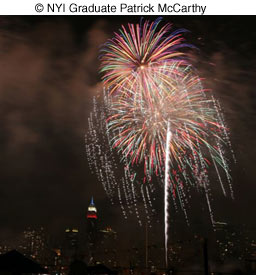 Like many photographers, Patrick has been interested in the field since he was a kid, when he received "the latest" cameras as gifts while growing up. "I continued to shoot for fun until 1997 when I decided to work as a freelancer for a local newspaper," he said.

He got that gig because he enjoyed writing advertising and promo pieces for newspapers, and while handing in copy for publication, the editor asked if he could cover a story.

"I thought it would be fun since I also would be providing the photography," he said. "After a few articles and photographs, I started to notice that people liked both my writing and my photography."

Even with that freelance experience, he still wanted to do more with his photography, and so he enrolled in NYIP.

"NYIP offered flexibility for me," he said. "I had a young family and was working long hours, but I still wanted to learn the essentials as well as some advanced techniques." 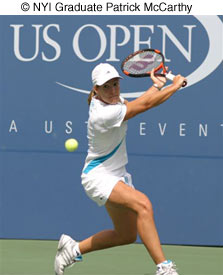 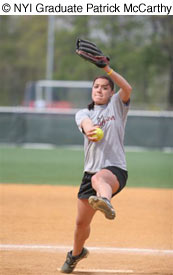 Being a busy freelancer, Patrick's time at home with his family was precious to him, and the NYIP Course allowed him to study in his spare moments, rather than having to go out in the evenings to take photography classes.

"I wasn't home as much as I wanted to be, and the Course allowed me to study while commuting, and at home so I could spend the time I had with family."

The NYIP Course did more than just teach him the technical information, Patrick said. "I feel the mystery of photography, which was my biggest concern, has been answered. The unknown of what I should do in a situation was addressed to my satisfaction and allowed me to gain the confidence to take more risks." 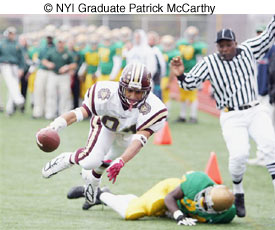 In fact, Patrick's risk-taking approach to photography has paid off with a successful career as a photojournalist working for several major newspapers in New York City. "For the past year I have enjoyed photographing hundreds of sporting events for New York Newsday. My photographs have appeared in the daily sports section and have been published on the back sports page. I have also seen my work appear each week in Newsday's magazine "Hi-Five" which covers high school sports in New York City. Along with Newsday, I am a stringer for The New York Times and have had my photos published in the Metro section of the paper. I also received a photography award from The New York Press Association for my photographs regarding 9/11."

Perhaps because he's so aware of how photography "captures the moment," Patrick finds one of the biggest challenges to be timing, which is says is "critical, and sometimes out of my control."

"Although I can prepare for what I am about to photograph, there are circumstances beyond preparation that allow great opportunities to be missed. These opportunities can arise in anything from sporting to spot news events." 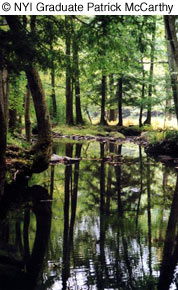 It takes tremendous concentration, as well as experience, training and skill, to be able to tell which moment should be captured, and to know how to best capture it.

"There are dozens of situations occurring at one moment but the photographer has only one lens," he said. "I like to research and prioritize what I am about to photograph, and I also enjoy adjusting to the situation as it changes. But even with all these preparations and flexible outlooks, I can miss a nice shot."

Apparently he isn't missing too many shots, as Patrick's is work has appeared in the New York Times, Newsday, and other publications. And he's continuing to expand his publications, even while starting his own business, LeaguePhoto.com. We're confident Patrick will continue capturing terrific moments and getting them in print.